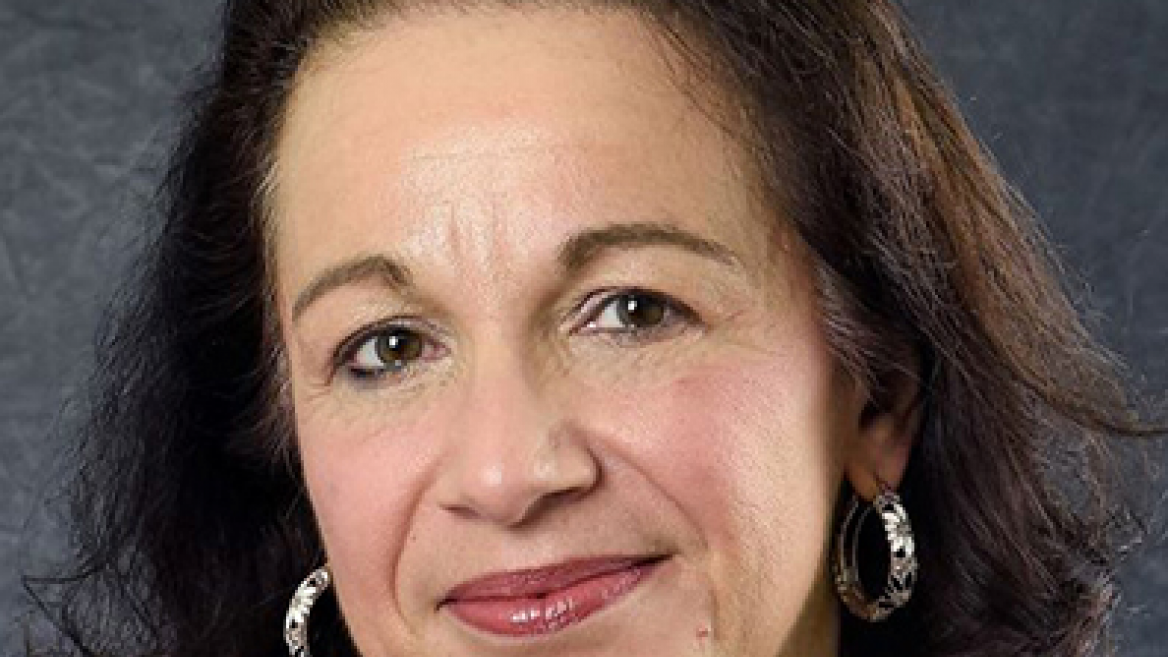 “We were thrilled to bring Donatella to ASU. She brings a wonderful blend of qualities as a leader for the School of Mathematical and Statistical Sciences,” said Nancy Gonzales, provost pro tempore. “She is a highly accomplished mathematician, a dedicated educator with a lifelong commitment to student success, and she pushes boundaries in pursuit of excellence and inclusion as linked goals. She is founder and co-editor of the newly launched, flagship journal of the Association for Women in Mathematics. She is exactly what we need to take the school to the next level.”

Danielli has earned many honors and awards including being named a fellow of the Association for Women in Mathematics, the American Mathematical Society and the Simons Foundation. Her research focuses on the study of analytic and geometric properties of partial differential equations and variational inequalities.

She currently serves as co-editor-in-chief of La Matematica, the official Journal of the Association for Women in Mathematics. La Matematica is a high-quality mathematics research journal, the processes of which reflect current research on equitable practices in STEM publishing and in promoting the flourishing of all mathematicians. The journal seeks to publish a variety of article types in all fields of mathematics: pure, applied and computational.

During her initial visit to ASU in February 2020, Danielli loved the sunny weather and nature, especially coming from Indiana in the middle of winter. She was drawn to the school by the dynamic environment, the wide range of scientific interests of its faculty, and its excellence in both research and teaching activities.

“I see the role of director as the one of a facilitator, who through core characteristics, such as accountability, authenticity, cooperation, communication, fairness, integrity and support, allows the school members to perform at the best of their abilities and to achieve their professional goals,” Danielli said.

Irina Mitrea, the L.H. Carnell Professor and chair of the mathematics department at Temple University, has known Danielli since 1996.

“Since then our professional paths have intersected periodically and in the last five years we joined forces in spearheading a number of initiatives aimed at building a national and international professional network of women researchers in analysis, including organizing special sessions at regional American Mathematical Society meetings and at the Joint Mathematics Meetings, creating the Women in Analysis Research Network, and editing special volumes in Analysis and Partial Differential Equations. It's always fun and gratifying to work with Donatella — we get a lot done,” Mitrea said.

When asked what she admires most about Danielli, Mitrea said, “Where do I begin? She is truly an inspiration and a role model for many women mathematicians. Her ability to listen, willingness to help, and capacity to lead top my list. Oh, along with her impeccable sense of fashion!”

Here, Danielli talks about her vision for the school, her research and her family.

Question: What is your vision for the School of Mathematical and Statistical Sciences?

Answer: My goals are inspired by the ASU Charter. I wish to support the teaching mission of the school, enhancing the quality of our offerings with curriculum developments designed with the students’ learning needs in mind. I intend to elevate the national recognition of our school’s research activities by recruiting and retaining exceptional faculty, as well as expanding and strengthening our graduate program. I hope to promote interdisciplinary activities within the school, and to reinforce or build collaborations with other units at ASU and beyond. Finally, I will continue to facilitate outreach activities and engagement with the local community.

Q: The school has theoretical mathematics, applied mathematics, mathematics education and statistics/data science all under one roof here at ASU. Is this unusual for large public universities? Why do you think it is advantageous?

A: I do not think that it is so unusual anymore for large public universities, but ASU has been a precursor in this respect. Mathematics has become more and more interdisciplinary, and the boundaries between different areas have been blurred over time. Mathematical problems arising in “real-life” applications increasingly require a synergy of methods developed in different contexts. Having many groups represented under one roof facilitates the exchange and development of new ideas. I think that ASU exemplifies the concept that the whole is greater than the sum of its parts.

A: My research is concerned with the study of partial differential equations (PDEs) in general, and of free boundary problems in particular. PDEs are equations which impose relations between the partial derivatives of a multivariable function. They are used to formulate problems such as the propagation of sound or heat, electrostatics, electrodynamics, fluid flow and elasticity. I have always found fascinating that seemingly distinct physical phenomena have identical mathematical formulations, and thus are governed by the same underlying dynamic. Free boundary problems naturally arise in physics and engineering when a conserved quantity or relation changes discontinuously across some value of the variables under consideration. The free boundary appears, for instance, as the interface between a fluid and the air, or between water and ice. The models I am interested appear in the study of flame propagation, fluid filtration, optimal control, elastoplasticity and financial mathematics.

Q: You spent nearly your entire career at Purdue. Why did you feel it was time for a change?

A: I very much enjoyed my time at Purdue, both as a student and as a faculty member — or I would have not stayed as long as I did — but I started to feel as I was reaching a plateau in my career. Once my children were all gone, it was the perfect time to seek a new environment and new challenges.

Q: What are some of the challenges that mathematics departments across the country face today? And how do you plan to address them here at the school?

A: We are in the midst of a pandemic, which has altered almost every aspect of our personal and professional lives. Although we have learned how to function under these incredibly difficult circumstances, and there is light at the end of the tunnel with the vaccine becoming available, the repercussions will be felt for quite some time. For instance, we have to be even more proactive in recruiting and retaining our undergraduate student population, and we have to operate under tighter financial constraints. I am confident that we will push through this phase, thanks especially to the amazing dedication of the faculty and staff, and a careful use of our resources. We are also going through a moment of social reckoning. We have to address the systemic inequities by thinking carefully about our teaching, mentoring and hiring practices. Diversity and inclusion issues will be on the agenda more or less explicitly in many of the school’s activities.

Q: How important is a diverse, equitable and inclusive environment for the school?

A: Cultivating diversity and broadening representation in the mathematical sciences are ”essential components of the innovation engine that drives the nation’s economy” (as identified by the National Science Foundation). Personally, I believe that willful or accidental discrimination of any group deprives the institution, the mathematical community and ultimately all of society of the talents and potential accomplishments of that group.

Q: Describe any specific diversity, equity and inclusion goals you have for the school.

A: Encourage young women and members of underrepresented groups to follow their dreams of pursuing a career in mathematics; present them with positive role models; provide mentoring, as well as moral and financial support, to encourage retention and facilitate success.

Q: Do you identify as part of any underrepresented groups in mathematics? Do you feel you have been supported by those around you?

A: As a woman, I identify as part of an underrepresented group in mathematics. I must say that this was not the case as a student. The majority of my fellow students in Bologna were indeed women. In the math department at Purdue there were both a group of women graduate students and a small number of women faculty, including senior ones, so I did not suffer from a lack of peers or role models. My husband was the first one to encourage me to go to grad school, and has always been extremely supportive. I had a terrific adviser, who always encouraged me even when progress was slow. Still, I did not feel as I belonged, since I was raising a family while working towards a PhD, and I did not know anyone in the same predicament. Being a student member of AWM opened my eyes to the struggles women were facing while pursuing a career in mathematics, and provided networking opportunities which gave me the sense of community I was lacking at Purdue. Because of this, since the beginning of my career I have been deeply committed to create activities aimed at recruiting and retaining women and minorities into the profession. Active mentoring is one of them.

Q: What advice would you give to incoming college students thinking of possibly majoring in mathematics?

A: Mathematics nowadays open many more doors than it used to do in the past. Employers in all sorts of different fields seek mathematicians for their creative and analytical skills. There are great resources on the internet to familiarize yourself with the various math programs, and with the highly ranked careers that are available to math graduates.

Q: Where were you born and where did you grow up?

A: Born and raised in Bologna, Italy.

Q: Briefly tell us about your family when you were growing up in Italy.

A: My father was the CFO in a pharmaceutical company, and my mother was a stay-at-home mom. Neither one of them went to college, but education was extremely important to them and they always encouraged me to do well in school. I liked many subjects in school, but mathematics had always been my favorite. When it was time to go to college, I considered other majors, mostly because the job prospect for math majors were more limited at the time, but in the end I decided to follow my passion. I will be forever grateful to my parents because they supported my choice. Since the University of Bologna is the oldest university in the world, and it had an excellent program in mathematics, I did not even consider going somewhere else. I came to the U.S. for my PhD to follow my husband, who is also a mathematician and had a position at Purdue.

Q: Tell us a little bit about your life and family now.

A: My husband and I have four boys. Our eldest lives in Palo Alto, California, and is pursuing an MD/PhD degree at Stanford University. Our second one lives in San Francisco and is an associate in a financial firm. The third one just graduated from Purdue with a degree in industrial engineering, and the youngest one is a sophomore at Indiana University. No grandchildren yet. Of course my husband is supportive of this adventure, or I would not be here! We were not very familiar with this part of the country before moving here, but we are now captivated by it. We are also happy to be closer to our two oldest sons, although it has been difficult to put so many miles between us and the two younger ones. We are a very close-knit family.

Q: What do you like to do in your spare time for fun?

A: Until recently, with a demanding job and a family, spare time was a rare commodity! I enjoy simple things to relax, like biking and walking, reading a book, watching a movie or a nice dinner.