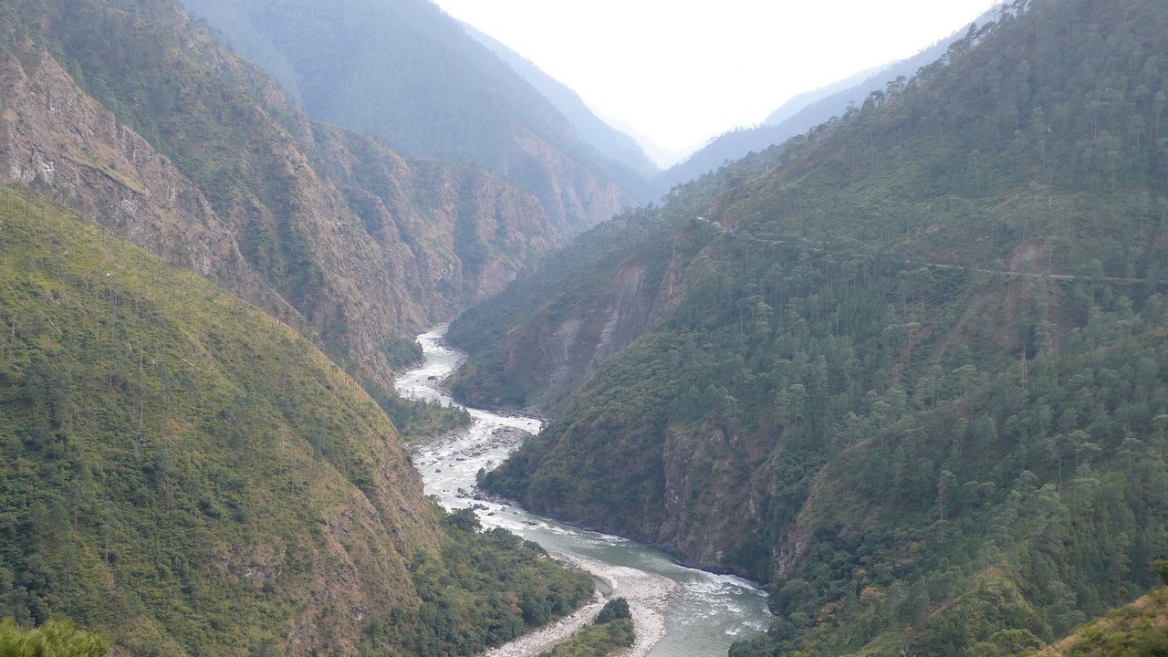 How rain can move mountains

Scientists have long thought that rainfall has a dramatic effect on the evolution of mountainous landscapes, but the reasons for how and why have been elusive. This seemingly logical concept has never been quantitatively demonstrated until now, thanks to a new technique that captures precisely how even the mightiest of mountain ranges — the Himalaya — bends to the will of raindrops.

The research, recently published in Science Advances with Arizona State University co-authors Kelin Whipple, Arjun Heimsath and Kip Hodges of the School of Earth and Space Exploration, not only improves our understanding of how mountain ranges evolve over millions of years, but also paves the way for understanding natural hazards associated with climate-driven erosion and, in turn, human life.

“These findings are the latest outcome from a collaborative study that began several years ago at ASU of the distinct tectonic, topographic, and erosional evolution of the Bhutan Himalaya,” Whipple said. “Our major motivation was to achieve an improved understanding of how current and past rainfall patterns sculpt topography and potentially influence the pattern and rate of tectonic uplift.”

Although there is no shortage of scientific models aiming to explain how the Earth works, the greater challenge can be making enough good observations to test which are most accurate.

The study was based in the central and eastern Himalaya of Bhutan and Nepal, because this region of the world has become one of the most sampled landscapes for erosion-rate studies.

Lead author Byron Adams of the University of Bristol, with ASU collaborators Whipple, Heimsath and Hodges, and with Adam Forte of Louisiana State University, used cosmic clocks within sand grains to measure the speed at which rivers erode the rocks beneath them. Adams and Forte were both formerly at ASU.

“When a cosmic particle from outer space reaches Earth, it is likely to hit sand grains on hillslopes as they are transported toward rivers. When this happens, some atoms within each grain of sand can transform into a rare element. By counting how many atoms of this element are present in a bag of sand, we can calculate how long the sand has been there, and therefore how quickly the landscape has been eroding,” Adams said.

“Once we have erosion rates from all over the mountain range, we can compare them with variations in river steepness and rainfall. However, such a comparison is hugely problematic because each data point is very difficult to produce and the statistical interpretation of all the data together is complicated.”

Adams and his team overcame this challenge by combining regression techniques with numerical models of how rivers erode.

“We tested a wide variety of numerical models to reproduce the observed erosion-rate pattern across Bhutan and Nepal. Ultimately only one model was able to accurately predict the measured erosion rates,” Adams said. “This model allows us for the first time to quantify how rainfall influences river incision and hillslope erosion rates in mountainous landscapes.”

“Our findings show how critical it is to account for rainfall when assessing patterns of tectonic activity using topography, and also provide an essential step forward in addressing how much the slip rate on tectonic faults may be controlled by climate-driven erosion at the surface,” Whipple said.

The findings of this study also carry important implications for land-use management, infrastructure maintenance and hazards in the Himalaya.

Rainfall-driven variations in erosion rates can lead to important differences in landscape instabilities and hazards. In the Himalaya, there is the ever-present risk that high erosion rates can drastically increase sedimentation rates behind dams, jeopardizing critical hydropower projects.

Furthermore, enhanced river incision can undermine hillslopes, elevating the risk of debris flows or landslides, some of which may be large enough to dam the river, creating a new hazard — lake outburst floods.

“Our data and analysis provide an effective tool for estimating patterns of erosion in mountainous landscapes such as the Himalaya, and thus, can provide invaluable insight into the hazards that influence the hundreds of millions of people who live within and at the foot of these mountains,” Adams said.

Building on these findings, Whipple is leading the team in an effort to extend this analysis in an application to the full length of the Himalaya.

“This study will test our model against additional data sets from the central and western Himalaya and apply the results to estimate patterns of erosion rate across the entire range,” Whipple said. “Erosional patterns will allow us to differentiate among competing models of the mountain-building process and help refine estimates of seismic and erosional hazards.”

This article was written by Byron Adams and Victoria Tagg of Bristol University (UK) with contributions by Karin Valentine of ASU’s School of Earth and Space Exploration.