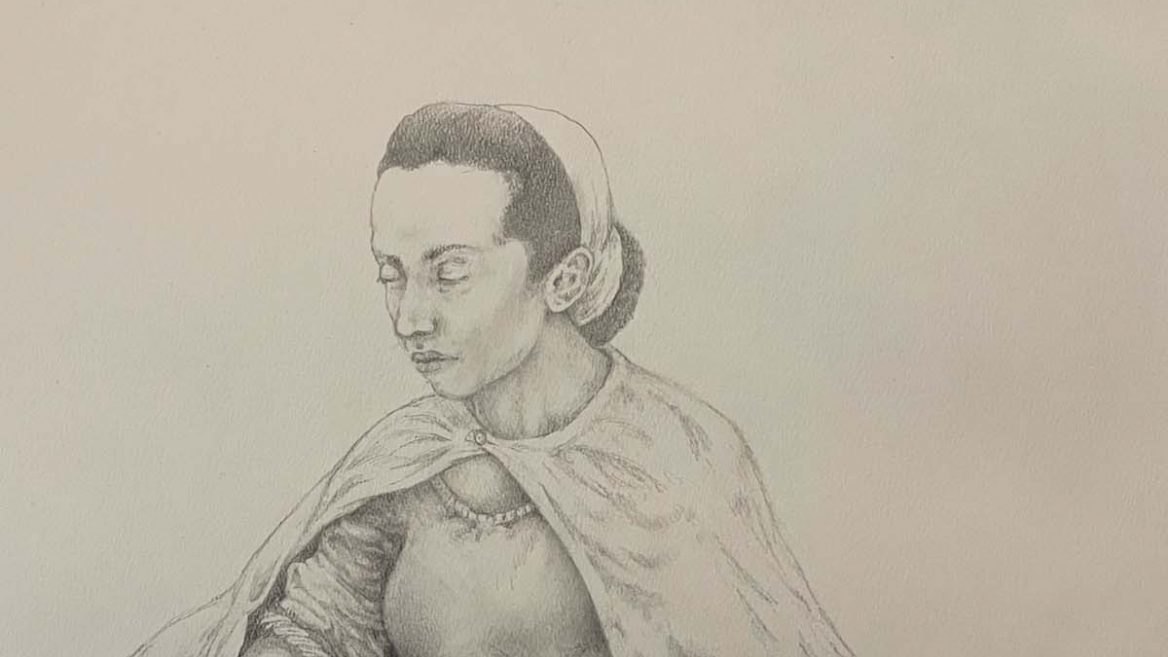 “With a background in archeology, as well as art and art history, and a profound love for history, pursuing a graduate degree in history seemed like a natural progression for my educational career,” Ramlau Kinnander said.

He enrolled in ASU’s School of Historical, Philosophical and Religious Studies beginning in fall 2020. His studies focus on German culture, history and language, and while researching potential organizations to work for after graduation, he stumbled upon the Pennsylvania German Cultural Heritage Center.

“I reached out to the center's director, Patrick Donmoyer, and quickly formed a strong working professional relationship with him,” Ramlau Kinnnander said. “Over the ensuing months leading up to my applying for the internship, I corresponded regularly with Donmoyer, assisting in translating and transcribing Pennsylvania German texts and serving as a colleague in the field of German history for him to bounce exhibition ideas off of.”

He applied as an intern at the center for the fall 2021 semester, but needed funds in order to go through with the position. After taking time to apply, Ramlau Kinnnander was awarded the Emma Goldman Travel Grant and the Noel J. Stowe Public History Fellowship Endowment from the School of Historical, Philosophical and Religious Studies.

“The scholarships were essential in my ability to travel to and remain in Pennsylvania during my time as an intern at the center,” Ramlau Kinnander said. “Without this financial assistance, my ability to work on-site at the center would not have been possible.”

The main project he worked on while at the center was a virtual exhibition about Maria Elizabeth Jung, also known as “Mountain Mary.” Mountain Mary was an immigrant who left a war-torn Europe as a child between 1764 and 1773 to live in Pennsylvania. After the death of her parents, Mary established herself as a healer, farmer and leader in her community up until her death in 1819.

She inspired many to take on pilgrimages of spiritual reflection and has become a woman of legend, as she is portrayed in art, poetry, songs and festivals.

“Before corresponding with Mr. Donmoyer, I was unaware of Maria Jung,” Ramlau Kinnander said. “As such, it was an exciting undertaking to first research, and then write about and create original artwork pertaining to this historical Pennsylvanian German figure.”

He took on the role of a guest collections specialist and hand-created dozens of item-specific custom enclosures for objects in the center's archives and collection. This was not Ramlau Kinnander’s first exhibition project, but he says it was one of the “most memorable and exciting exhibitions that (he has) had the pleasure of participating in.”

“These experiences have been life-changing and very rewarding,” Ramlau Kinnander said. “I am also grateful for the scholarships that I was so generously awarded, as these brought the possibility of working in Pennsylvania for the fall semester into reach for me.”

The virtual exhibition of “Mountain Mary” is available on the heritage center’s website. Among the exhibition’s digital assets are two pieces of original artwork by Ramlau Kinnander.