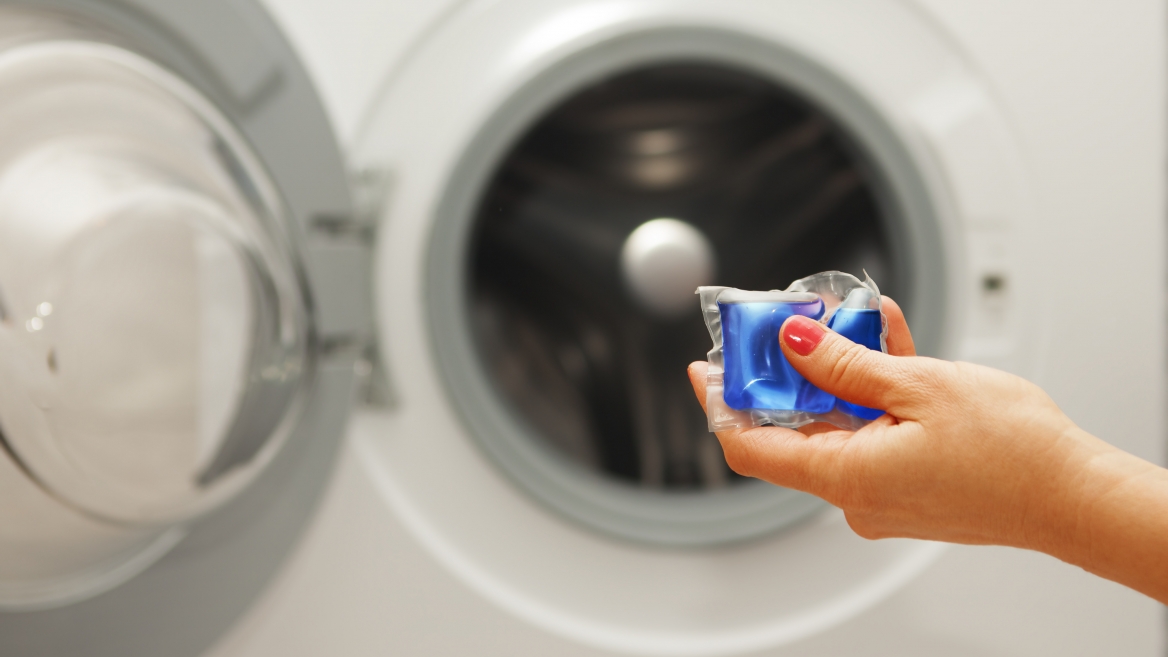 The simplicity of grabbing a laundry or dishwasher pod and tossing it into the machine has made them a popular choice for many consumers for nearly a decade.

Detergent and other ingredients are packaged inside a dissolvable plastic coating called polyvinyl alcohol, or PVA. This synthetic polymer, used since the early 1930s, is water-soluble and breaks apart during the wash cycle, releasing the detergent.

This got two Arizona State University researchers wondering what happens to PVA when it reaches wastewater treatment plants.

“There are very strict conditions needed for PVA to biodegrade, and this is not met within conventional water treatment in the U.S.," said Charlie Rolsky, co-first author of a new study published in the International Journal of Environmental Research and Public Health. "We can look at the literature and assess how much PVA is breaking down, and in what section of the wastewater treatment plant. We can combine that with how much wastewater is generated in the U.S. and how many of these laundry and dish pods are used in the U.S. each year.

“When we put these pieces together, we can project how much PVA goes untreated and is released into the environment,” said Rolsky, a postdoctoral researcher with the ASU Biodesign Center for Sustainable Macromolecular Material and Manufacturing.

The study, published in June 2021, shows that as much as 75% of PVA goes untreated in the U.S. each year. That amounts to about 8,000 tons of the plastic material being released annually onto land and into waterways across the country. 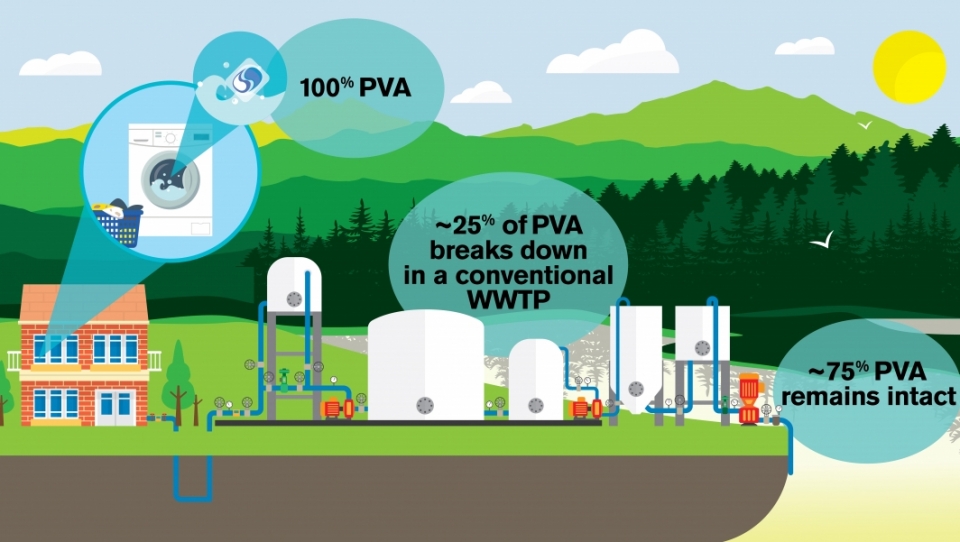 A new ASU study published in June in the International Journal of Environmental Research and Public Health shows that as much as 75% of PVA goes untreated in the U.S. each year. That amounts to about 8,000 tons of the synthetic polymer being released annually into waterways across the country.

According to co-first author Varun Kelkar, a PhD candidate and researcher with the Biodesign Center for Environmental Health Engineering, as well as a volunteer with Plastic Oceans International, many companies hire outside firms to create specific biological environments suitable for PVA to degrade. By doing so, the company using PVA in its products can claim it’s biodegradable. But, he said, wastewater treatments plants in the U.S. are generally not built to create optimal conditions for this specific polymer. Instead, they are built to treat human waste and other biological matter.

“According to our model, most of the PVA just passes through the treatment plant,” Kelkar said. “And then it depends. It might completely biodegrade if the environmental conditions are met. And if they’re not met, say in a cool area where the bacterial activity is relatively low, it’s unknown what happens to this large amount of polyvinyl alcohol.”

Both researchers say it’s time to take a closer look at what it actually means for a material to be biodegradable, and whether companies should be allowed to claim their products are biodegradable if they only are so under specific conditions.

“A general understanding of biodegradable is that it’s something that can completely vanish. You throw it into the environment, and like food, it should go away without any side effects and be biologically available to microorganisms for fuel,” Kelkar said. “Yet, we know this is not the case with PVA.”

PVA is used in a wide variety of products — it's often found in textiles, paper, adhesives and paints, and it also has medical, industrial and commercial applications. While Rolsky and Kelkar say they do not intend to vilify PVA as a useful material, they do have concerns about what it may be doing, unnoticed, to the environment.

“A lot of companies are claiming that PVA is biodegradable. It’s not fully degrading,” Rolsky said. “And there really isn’t any literature or research on PVA as a pollutant. We know it’s out there, but we don’t know whether it’s causing harm. We know it can sequester heavy metals and leach into groundwater. It can also alter gas exchanges, which can affect aquatic ecosystems, and we know that ethylene, a byproduct of PVA, is a hormone that plants utilize. It’s important that we study this further.”

This research was supported in part by Plastic Oceans International and Blueland.

Top photo: A new ASU study shows that the outer plastic coating around laundry and dish pods needs specific conditions to biodegrade. These conditions are not met in conventional water treatment plants in the U.S. This allows tons of polyvinyl alcohol (PVA) to escape into the environment each year. Photo by Shutterstock.